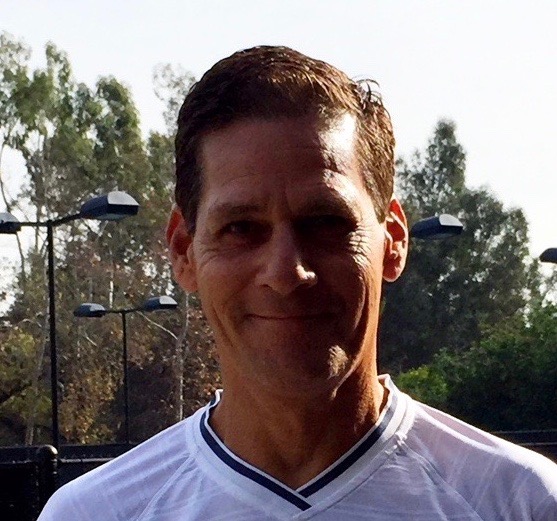 Click here to request a lesson time with Jeff

Jeff Banwer was born in Los Angeles, CA. He spent his formative years playing baseball, basketball and football. A relative late introduction to tennis came at age 14 on the local high school backboard. Later on at Pasadena city college, Jeff was Singles regional Junior college finalist and state semifinalist. Subsequently, Jeff accepted a full ride tennis scholarship to division 1,  University of New Mexico, where he was a physical education major and played the 19 83′ to 85′ seasons, finishing with a singles  winning percentage .615 which ranks him 44th all time in school history.

Jeff moved to Long Beach State University for his senior year and played on the pro tour in which he achieved a ranking of just above 900.

Jeff spent the next 20 years teaching… From tiny tots to super seniors, 95+! “I love the diversity aspect and personality  spectrums in the tennis profession”. Jeff’s tennis teaching philosophy has evolved over the years to what can best be described presently as   dynamical  tennis,  Emphasizing efficiency in movement and stroke production.  Everyones is unique. There are multiple ways to learn, We all learn in different ways. “Tennis is movement. The challenge is finding the right moves for you”