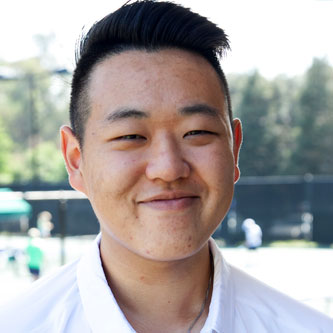 Click here to request a lesson time with John

John Lee was born and raised in the La Canada area. Many of our own members have seen John grow up as he has been a part of FCTC since 2005. In fact his coach of 7 years was our very own, Martin Escos! John attended Flintridge Preparatory High School in La Canada where as varsity team captain he led his teammates to their first league title and CIF playoffs in seventy years. While expecting to play for the Occidental College men’s tennis team, John unfortunately suffered a collegiate career-ending injury. After graduating with a degree in Kinesiology and finding his passion for coaching, John returned to his former high school and coached the varsity boys’ tennis team to another CIF playoff.

John’s passion for the sport is apparent through his teaching – the care and attention he pays to each of his students are shown by the interactions he has both on and off the court. John is excited to share his knowledge, experiences, and enthusiasm as a former junior member and now teaching pro here at Flint Canyon Tennis Club – teaching both private and semi-private lessons as well as heading up the Summer Camp program as of the summer of 2016.